Summary: There’s no turning back. The cycle of time breaks and moves forward. In the shock wave, you are called to give yourself over to the machinery of transformation, to its promise, to its inevitability, long overdue. Have you become numb, waiting, holding your position amid the pressures of darkened skies? Truth, as it has been known, is uprooted and redefined. It requires new space, new parameters, new understanding if it is to be. It is to be, and you are ready now. The expansion has already happened. All you need to do is ignore the detractors and step into it, resolute. 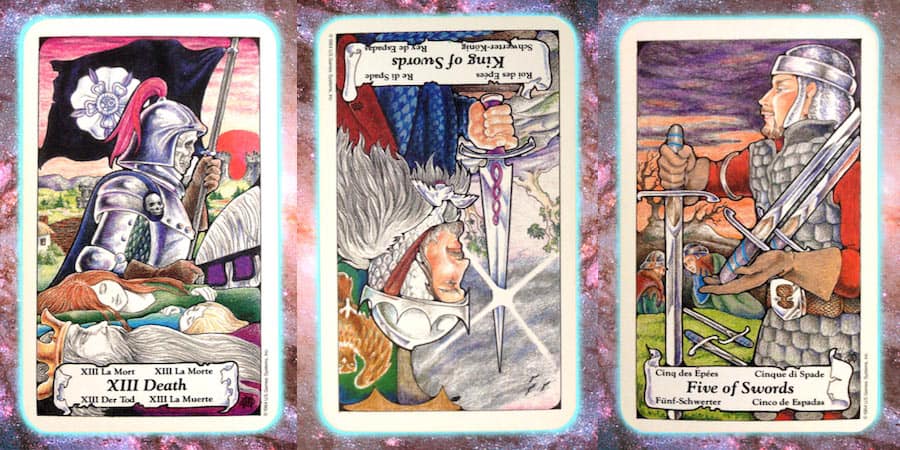 Bear no regard for receding fragments of a collective ego coming to terms with extinction. Your time is coming. Without regret, fill that space. #pleiadian #divinity #sovereignty #worldchange Click To Tweet

Your emergence is on schedule. While you rest, across the field of your dreamscape stalks the form of Nemesis. Transfiguration has placed its call, and you have answered. As a result, you might feel stricken cold and pale. Having taken in the full measure of poison, you are in a state of coded mystery, taking apart the fundamental molecules of what was designed to put you out of the picture for a while and turning it into medicine. There is no need to fear, for the original intent of what had been deemed poison is in fact antithetical nature itself putting everything into a tailspin. It is you who decides what to call “poison” and what to give yourself over to in the act of transformation. Nature will have its way. Behind the drama parading like a stalking warrior unaware of his own demise, the earth absorbs the light of a dying sun and prepares for what had been called “day” to be recognized for the end of a long night. Darkness has its secrets, but the standard-bearer betrays the truth of what lay hidden within the black seed. The design reveals itself. What had been is no more. You, however, you rise. You may succumb to the pallor that comes with the initial shock of metamorphosis, but you will not disappear with the fading shreds of night’s false sun. Paradoxes unravel and the new life for which you have been prepared will draw you into its wakefulness. Allow this moment, where momentum spins, gears disengaged, for time to find its footing anew.

Meticulous attention to detail brings your focus to laser-sharp accuracy, when you apply it to that which is your province of expertise. Simplicity wins you more clear than artifice, adherence to outdated philosophies, or attempting to be something you are not. You have before you the singular mission to be that which you are to be. Within the act of becoming, you have achieved a high level of mastery. After all, everything you have heretofore experienced, all that you have chosen or tried to avoid all contributed to your ascension to merit. You’ve earned this moment in which you state without apology your purpose, and follow through on the poised aim held patiently through all the changes of circumstance. If you’ve wavered, you’ve recovered. In doing so, you’ve recommitted to finding your central point of being. In that, you have regained balance and discovered hidden reserves of core strength. Commitment to your primary motive has served to bring you unabashedly here. Now, settle into this pivot point in the picture, and get extremely real with yourself. First and foremost, before you get real with the world, make sure you have grounded any lofty picture you have and prepare to serve the higher cause to which you were originally called. It is not ego that answers such a call. Disregard any distraction it throws your way. You’re going to need to get very tuned in to who you are, and die to who you can no longer be. This brings you through the eye of the needle.

MOST OMWARD DIRECTION: Five of Swords

Debris litters the landscape everywhere the battle has raged. Stripped bare of life are forms that held meaning. Now barren, there is little left but the truth to set into place. You are called to emerge without apology for your presence. There may be some small-minded people who cannot understand what your presence portends, some who have given in to compression while you have taken the opportunity of a lifetime to expand beyond limits into a larger-than-life figure. Your perspective is not the only thing that shifts as time pushes its way through a crack in the shell. What you’ve recognized as reality may be about to fracture, revealing what amounts to a whole new world. Your feet are firmly planted there already, though you may have a time finding them. Acknowledge that change is taking place and taking with it all proportion into a new arrangement. This is definitely going to affect your consciousness. Let those who linger in the no-man’s-land between what was and what is to be remain as long as they need to. Meanwhile, you have work to do. Finally, you can plant the timeless truths you have carried, honed, sharpened, and polished through the maelstrom of a temporal reset. Bear no regard for receding fragments of a collective ego coming to terms with extinction. Time renders itself anew. Bid adieu to those doubts and fears that dogged your tracks and fought you at every turn. Let them be. They are of little consequence. Your time is coming. Without regret, fill that space.

“Old reality dissolves from awareness and memory, as a new reality settles into its place. Gone are monsters, pits, and vipers. Ripped from your knuckles are the pictures you’ve held sacred, the satisfaction of pain, the cold hardness of death’s pallor from your creations. Nearby are broken pieces of that world, appearing as faded old rags full on the dirt and dust of the tasks of cleaning up you had undertaken in that former residence of your being. Burn them in the fires of purification, whose heat does not destroy but totally removes all traces of dross from what you experience as reality.”