Summary: Manifestation of thought, hopes, dreams, and plans can find a way to your doorstep now, if you’ve really faced what’s facing you and decided to believe in yourself. No reservations, just diligent forward-thinking action now calls you. The future may just be as bright as you’ve gleaned from your peeks into time’s secrets.

Read on below for the full message… 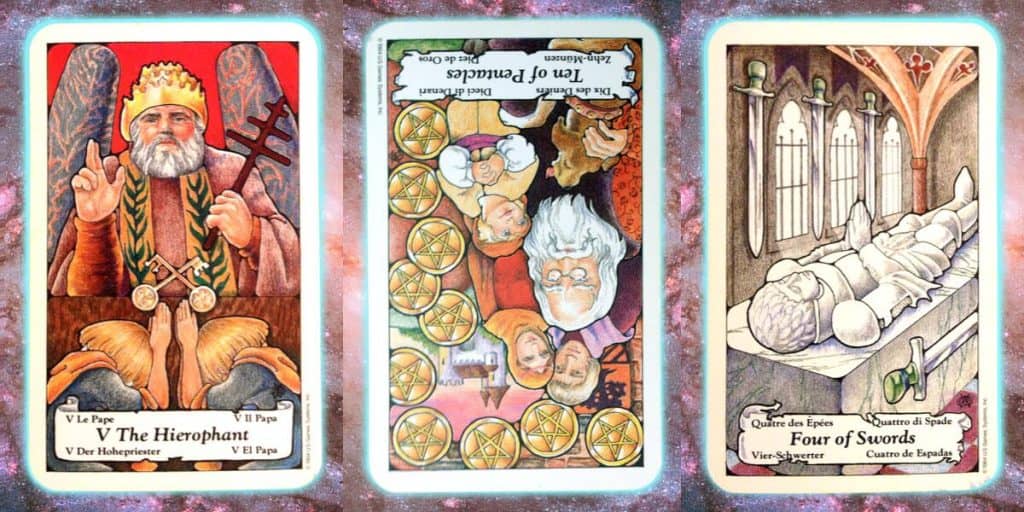 The machinery of manifestation starts kicking into overdrive. You have seen the possibilities the future holds in secret. Now, make things happen. #pleiadian #tarot #nine Click To Tweet


When you step back and see that you might actually be doing that thing that sets all things right, do you give yourself a nod of approval? If you aren’t even willing to do that, you know no one else will, save for those angels of grace who show up from time to time to save you from murky pathways of self-sabotage and the like. Look into the moment and see where a reflection has shifted your perspective. Perhaps someone has shown you your worth, or admired your expressions of creative output. Maybe you saw some threads come together in a weave to neatly mend a rift in what you believed was possible for you in this lifetime. The truth has always been that there are no limits to what you can achieve. You have it in you to build a legacy that generations are going to treasure. It’s all about you and your heart and your mind in mutual recognition of the great self that you have come to this world to be. It might just be that the machinery of manifestation starts kicking into overdrive.


Diligence and hard work have always been the bastions of productive and meaningful manifestation. It is through your hands that the heart is able to fashion its dreams, through your voice and your imagination, your innate wherewithal to draw out from deep within yourself some reflection of remembrance, timelessness, forward-thinking innovation. You have plenty to keep you busy now. The alchemical gold you’ve been busy polishing and shifting has given your perspective radiance. It is this radiance that you are now tasked with infusing into the task at hand. Whatever you find yourself doing now, give yourself fully into it. It’s a time of great productivity, a time when manifestation is happening apace and the rewards are lining up to enter into your field of view. For now, know that you’ve done the work to have brought you this far. Now, you have the prize in your hands. Tend it well, and know that a waiting world deserves the greatest vision you can put into form.

MOST OMWARD DIRECTION: The Emperor


Fearless leader you are now called to be. It is a role you were destined to take on, with no time better than the present for doing so. It’s up to you to be the face of firm resolve balanced with steady compassion, for what you are leading to is uncharted territory. Time has gifted you with a series of initiations into a perfected manifestation of this stage of your soul’s journey. No one can rightly question your authority now. You’ve moved beyond the point of questioning yourself. With a steady voice, you state your point of view, your words defining the moment where reality follows your vision. You have seen the possibilities the future holds in secret. Now, make things happen, for now is a time when people believe in you. You are the method in the madness, and great things will come from what you now do. Stick to the plan; it’s working.

“Every source of, ounce or pound of natural race-car-driving, power-crunching, creative movement of OM generates a reality. Nothing that exists didn’t first start out as a very clear notion of OM, a creative urge, or a response to prayer. As race cars go, OM is terribly boring. All creative speed is instantaneous. Not even a cloud of dust so much as appears. Nearly all your prayers are answered. Those that aren’t simply lack a spark of life from your attention to passionate, dramatic desire. Any hard megalithic manifestation quite simply began as an idea you shared with God or a thought you brought to your own attention.”