Summary: Having reached the end of the timecast of change finds you filled to sufficiency with the sharp points of experience. If you can bear no more, then release yourself from the ordeal. You have succeeded in making it to where you needed to be for the realization of “Enough is enough” to find coherence. As the storm gathers overhead, you can rest in trust of the foundation of a world revealing its truth. To surrender to the planet’s surface is to enter into a network of purified consciousness. With new eyes, you can see the way forward; with vigor, you can bring into coherence all the at-odds energies. From there, you choose. Yours is the choice to stand from within the power point of surrendering to something far greater than one alone. In the midst of what may be confusion beyond your ken, you can take control of that which is ever yours. While your mind may have, in the past, been used against you, in this moment of release from the given order it is yours to reclaim. Use it to see what’s at the core of the matter. Enter into the timeless point of zero; be the agent of change. 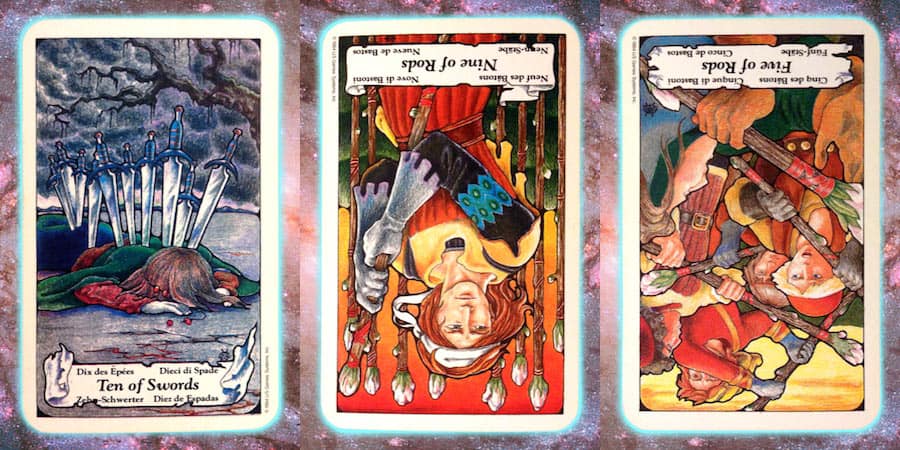 While in the past, your mind may have been used against you, it is yours now to reclaim. Enter the timeless point of zero. Be the agent of change. #pleiadian #zeropoint #ninespath Click To Tweet

Can you move even one step further in the wasteland, or have you reached the end of your tether? It would seem that all the figuring out how to get out from under an oppressive set of conditions has taken its toll. You bear the brunt of well-meaning ideas coming full circle, only to stab you in the back. Well-placed trust has turned sour, or so it seems. Even if you’ve put your trust into the hands of deceit, you can still retrieve it. It’s your trust, and you can reverse direction, change course, and make a new go of it. Not, however, before you fully appreciate the gravity of your current situation. Yes, there are some heavy vibes hanging low in the sky. Yes, you may be feeling exhausted, emotionally spent, and without any viable recourse for changing things for the better. All this may well have slammed you in the face. Before you pick yourself up for a fight, perhaps you should consider the idea of surrender first. Surrender to the forces of the earth drawing you to its foundation. Surrender to the elements conspiring to move in their density to take on the work of world-making. A storm looms overhead. Let it rage, while you gather yourself from the ends of the earth. All the arrows have been loosed from the quiver. Some have found their target but the truth has come home. Karmic balance is righting itself. While you’re contemplating the tactile aspect of gravity, let your attention turn to the ever-present support of sentience. You are not alone, and you are not a victim.

At its core, any battle, any conflict is rooted in some spiritual kernel of power. From all the levels of power from which you can choose to stand, the highest is Nine, the essential of love that flows through all things. Even within the knot from which the blackest evil extrudes into the world of light, Nine stands as awareness. You have choices always, and the power to choose is one that beckons to your heart to consider the ramifications of what you opt for as an outcome. In the face of confusion, overwhelming odds, or untenable circumstances, you yet have the power of choice. It may seem that important decisions have been made without your consideration, without any thought to the wellbeing of those affected by what has taken shape as the arrangement of things. You stand within an assembly of contrariness, perhaps with only a sideways glance by which to glean important information. While the truth readies for full revelation, you still own your most precious authority. You choose what to hold onto. You choose where to direct your attention. While planetary forces drive stakes in the ground, you are free to connect the dots. Give your eyes free reign of the territory before you. Loosen your acuity from where it has been trained to see what is placed front and center, and let your eyes rest on a focal point just behind the screen. You are given that sovereign space, even as enclosed and constricted space seems to have the upper hand. What is in your hand? Let it be Nine.

The fracas will play itself out in due time. In the apparent conflict, choices being made give rise to renewed energies rising while what is relinquished sinks in lifeless defeat. The rise and fall of energies has already given its signature flourish to the year, and is coming to a pinpoint intensity of focus now. Molecular restructuring of the essential material upon which your shared reality rests will heave-ho the tired story so that space for revelation is carved open. There’s no more patience left for dealing with the weave full of knots. You’ve described what you see, and found a new order in the elemental appearance of dots of intelligence rising from timeless vaults of truth. With patience now at the base of your breath, you can give your vision over to commanding the knot to release itself to your grasp. Observing from the still point can have the same effect as holding a mess at arm’s length, keeping you well out of the worst of the fray. Entering into zero point, however, can freeze the action and afford you the fluidity with which to move through the angles and appearances. As you do, you pull miracles in your wake. All that prevents you from entering into the season of miracles may simply be the belief that what you regard is an impossibility entangled with itself. Master the art of seeing through the space between the sharp angles and crossed purposes. You want to see the impossible? Give in to the dance and find the tempo of resolution. It looks different from within.

“This long association with extraterrestrials has merited you a bit of stature in the cynical community of bureaucratic crackpot men of secrets who have long held the staff of power on your world. They have only just learned the real secret, the knowledge that was only knowable to those whose eyes could see light in the hardest-to-light corners of the human experience, like the parts of your soul you never wanted to acknowledge, or the heart of a rapist. The darkest secrets of those who have been making the darkness itself into light is unraveling and their web of intrigue comes apart at the slightest glint of light from a distant sun.”