Summary: Life can easily be seen as a series of disappointments. As you reflect on the divergent outcomes from the previous few months, vis-à-vis your hopes and dreams of great promise, see the loss as a sacrifice to the turning of time. What you hold within has yet to reveal its living secrets to you. Meanwhile, engage your heart with that aspect of your experience that’s now turned inward. Turn your attention to the matter at hand. What has appeared in your hands is divine work; you are fully equipped to master the angles of a new episode of life’s design. Focus on the perfecting work with joy, for the truth is, you’re doing deep polar shifting. The hand of Nemesis has left its mark. You can find your most OM-ward way in bowing your head a little to see the mystery reveal itself within. Love blasts polarity and binds the three into one. Rising kundalini, tamed by the ascendancy of love, leads to higher, clearer realms of being. The time is coming to escape the astral gloom. Can you reframe the sacrifice of love into triumph? 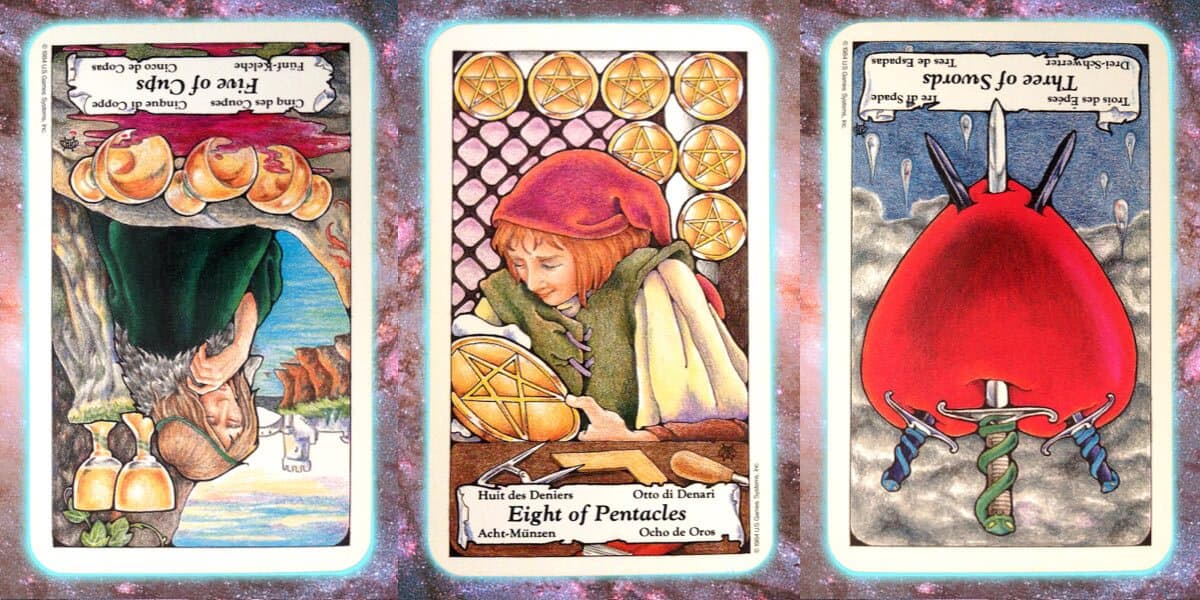 
What happened in the past cannot be undone. The promise has perhaps not been fulfilled as you had hoped, but that can’t be helped now. Last year’s wine can’t be gathered again. Rather than mourn what has given itself in sacrifice to time, remind yourself of what you have held in reserve. You’re already becoming aware of what gave you life and light before things took a disappointing turn. Are you able to count the loss as a sacrifice to your journey, and sanctify the spillage to a higher purpose? Let it give its sweetness to the fields of your mind, making fertile those spaces within that had lost the verve and vivacity of former days. Today may not yet be the day for celebrating, but it is the time to reflect on what you’ve experienced. Let it rise like a prayer, letting go what you were not destined to hold, and thus make room for a new crop glowing with life and golden promise. Promises offered are never going to be as fruitful as the promises that arise from within. What are you now facing as a broken promise? What are you willing to finally turn yourself away from? With blessing and honor, give a last look at the loss, and see it as lessons learned. There’s so much more in the realm of possibility yet to come into view. Time to inhale, insulate, and introspect.


Are you feeling the pull to get things in order now? While a lot has already fallen into place, it almost seems as if it were eons ago that your recent affairs had captured your attention. Now, they are like calendar pages from yesteryear. In this moment, time has new specifications. You already feel the shift from where you had been busy just a couple of months ago. The now that you see yourself in has nearly no resemblance to that period just ended. Are you okay with that? You might as well be, because right now, another set of parameters is commanding your attention. With a sense of joy and total aplomb, turn your capabilities to what now lay before you. You have all that you need to carve out the way, with precision and cunning borne from the sharpened sensibility of grounded and humble esoteric understanding. You know how the magic of the world works now, a little better; you have within yourself all that you need to put the magic to work. What is that? Human, you bear the designer’s mark as a child of divine and loving nature. Do you recognize the perfection from which you are woven, the grace with which you are carried, the patience with which you are guided? Adjust the angles of your perception, if you need to, and with the diligence of a monk give yourself to seeing the divine design in all that is given to your hands. Honor the one who has suffered and felt loss. This is a former aspect of you. Engage with love and busy yourself with the perfecting of your heart.


Turning the pain of ancient wounds into the triumph of risen life is the essence of sacrifice. What had you hoped for, that has led to the feeling of loss, betrayal, or deception? The past has had its share of such surrender to the hands of Nemesis armed with the pointed blades of polarity. The allies of darker forces have forced their way through the very core of your sensate being. Yet now, as you bow your head in leaning into the work of healing, you discover a new perspective. This week, get into the practice of honoring your heart, bearing high all that it has endured. A curious thing happens as you do. All that you have experienced as downward-thrusting attacks dealing deep scars to the core of your ability to love gets turned quite around. Are you yet at a point in your journey of the heart to reconcile polarity in the machinery of love? If you can, you can turn the whole experience around, and with the rising energy of kundalini, let your heart be pierced that it may rise. This astrally blanketed world has the vastness of a blue beyond above it. It takes the courage of sacrifice to give the heart to the tools of Nemesis, but the ascending energies of this time ask that you trust. Open the channel of your beginningness and enter into the vault of the divinity that works in mysterious ways. The hand that heals the deepest of wounds can tame the most diabolical of illusions.