Summary: Given all you have done to maintain the purity of your light amid the face-to-face of cosmic forces at odds with sane rendering, you’re due for some validation. Release the pent-up energy that’s been in a holding pattern and allow what’s been holding you back to break free. If you’ve done your job well, it will sort itself out and clear space for the inevitable dissolution of illusion. Just to give you a sense of what that kind of relief feels like, know that it’s already well underway. Keep your equilibrium grounded. Dimensional adjustments will reveal exactly what you need. Nature’s code augments reality in a refined iteration of what it is to be human. 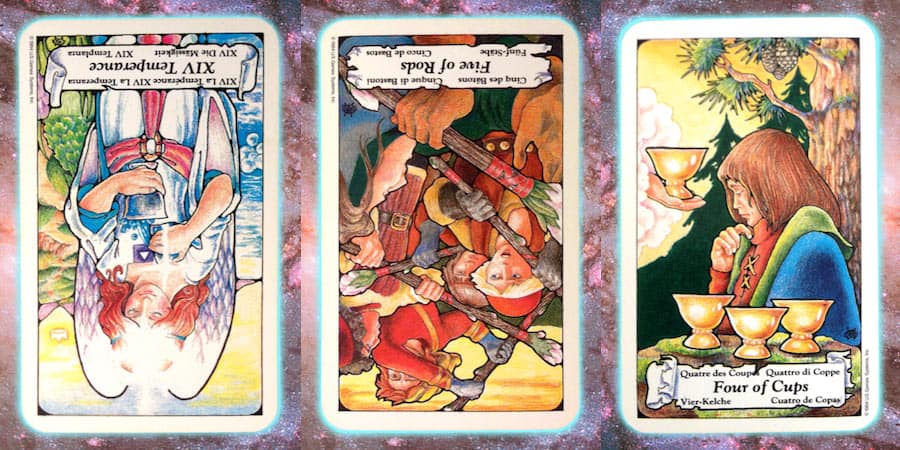 While disparate aspects merge toward inevitable relinquishment of the mystery's solution, focus on what you've distilled from your own cup. #pleiadian #divinity #sovereignty #worldchange Click To Tweet

When matter and antimatter come into a singularity, what happens? Right now, you will be facing something like that in your reality. What you have held as a truth, solid and secure, is shining brightly where you cradle it. You’ve managed thus far to stave off the incursion of its apparent negation. All the elements behind your choices, your steps that have brought you to this coordinate within time and space, converge. The conscious effort to maintain separation of what is and what cannot be has allowed a field to stabilize. Now it is time to release the latent energies, to give your mind rest and to allow epiphany to surge from a source of calibrated awareness. Your mind, now, is primed, ready for the appearance of what is to be. Everything you’ve tried thus far to prevent the fateful addition of knowledge to the mix, valiant as they have been, now beg the obvious question. Are you alone in what you hold in awareness? Are you sane in the conclusions you have reached, in the understanding that rises behind the doubts and misgivings? You can only go so far in questioning yourself before you lose a sense of groundedness in the shifting appearances of reality. While circumstances change and disparate aspects of the whole merge toward inevitable relinquishment of the mystery’s solution, stay focused on what you have distilled from your own cup. The elixir you possess will, in combination with what others bring to the final adjudication, prove to be perfect. You’ll see.

Try to keep your balance in the meantime, for once what has been suppressed is given release, there’s no telling what action it will take. This is both the beauty and the beast inherent in free will and self-determination. Your trust in the intelligence within the system notwithstanding, you are called to account for your own creations, your own self-compromising actions and forbearances of trust. Now is not a time to doubt yourself, but to let go of the tethers to ego, alter-ego, illusion, and dissimulation. You know, in your heart of hearts, how divine you are. You are not special in this regard. In fact, you really are no more special than any other spark of God-stuff strutting around in the guise of human. Different, yes, and unique. Specialness is something you hold in your own mind, non-objectively. It’s about time to see that for what it is. And it’s high time that you consider those who you see as more special than yourself as examples of what’s possible rather than saviors from the blue. Rising from within the trapped maelstrom of pain, deceit, and holier-than-thou judgment comes humanity in its guiseless manner. The game tumbles from its well-ordered simulation. What you are left with might seem like absolute chaos, but give it a minute. Isn’t this what you’ve been waiting for? In the deep recesses of your own time-traveling soul, the enigma seems to be giving away its secrets. Pay attention now, for your liberation from the lie is at hand and secrets are being spilled.

MOST OMWARD DIRECTION: Four of Cups

When the dust settles and begins to recede, you will certainly have something to see. Perhaps you will have a reckoning to attend to, for the things that you knew and trusted to fill the empty spaces are themselves finally spent. In your wisdom, will you finally give permission for coherence to settle in? The broken aspects of reality will come together, they will find repose, granting you access to something you forgot. Maintain your inner equilibrium with regard to the whys and wherefores of what you witness. There are questions, and there is something missing. Acknowledge what hasn’t satisfied your need to know. Disassemble the workings of the magic spell. Do you dare? Can you not, at this point? After the battle has been fought, you’ll have time for considering the implications. What’s at stake in meeting the fundamental forces revealing themselves is nothing less than your own hand offering you the thing that had been left out of the equation. Give yourself audience, and heal the fractures you’ve endured. Wholeness is forthcoming. With it comes remembrance, resolution, and reciprocity with a higher self. Too long have you been working with only part of the needed components to make the machinery of reality work in accord with a higher order of nature. It’s been there all along, yet sublimated in the code. You’re about to experience a deeper, higher, broader dimension beyond what your mind has yet measured as real. Reverence and humility go hand in hand.

“As an agent of OM, it is Baphomet’s special creative ability to create the illusion of separation from OM. Many revel in the perceived carnival, in which OM is turned upside-down and denigrated rather than blessed. It is OM’s pleasure to be able to allow such a play to be played so creatively. In the final dramatic flourish, however, OM has the last laugh, shared by all players — even the grouchiest, least lovable troll among them.”